How the Right Support Made a World of Difference for Jason* 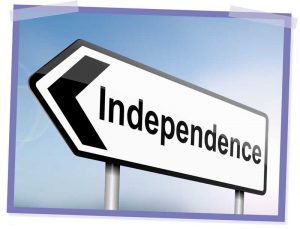 Resilience Community Nurses know only too well how life can change in a moment. How an accident or illness can alter a service user’s future forever. But we also know that with the correct care from a Community Nurse specially trained in complex care, and with a support plan designed around each person’s specific needs – we can help deliver a future of hope and possibility. We spoke to Amy* – one of our Advanced Community Care Nurses from Dublin – about her work with service user Jason, and how against the odds, she and her team helped put him on the road to recovery and a new life. 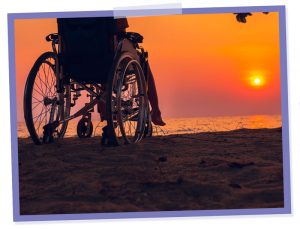 Q. Tell us a little about Jason….
A. Sure. Jason was a 28-year-old guy at the time of his accident. Like many guys his age, he was living the life – he had a great career as an accountant, an active social life – just so much to look forward to really. Living life on his own terms. He loved his sport, going to gym – and he was a passionate horse rider too.

Q. What happened to change all this?
A. One day while riding Jason fell from his horse. He told me later that as he lay there, unable to move, he knew it was bad. He was airlifted to hospital, and after examining him the doctors told him he had fractured his vertebrae: he would be paralysed from the neck down. He had the first of a long series of operations. In total he was to be in hospital and a National Rehabilitation Centre in Dublin for two years.

Q. When did you become involved and in what way?
A. Through the HSE and Resilience they worked together to assess Jason’s needs and a package was put in place. I then began working with Jason. He had to relearn so many basic things: he started from scratch with speech and had to learn how to feed himself again. Of course, he couldn’t do a lot of the things he used to be able to do, and he needed to get used to what a new normal life might look like. It was very hard for him – and awful to see his life transformed like this. In the early days I kept thinking of my own brother, who was the same age at the time, and how this could so easily be his story. This is where, as a Community Nurse, you have to be strong – you need to be resilient and know that, with the right care, there can be a way forward.

Q. What was the way forward?
A. The aim was always to get Jason out of hospital and back living at home, so he could begin building a new life. So, everything we did was working towards this. We had to make sure the right care package was in place for him, taking into account his specialised needs – and that the nurses were trained up accordingly. Our initial care package recommended that Jason receive the care and intervention of a nurse – me – at home each day, together with a Health Care Assistant (HCA). One of Jason’s requirements was bowel care – so I did a special training course in this.

Q. Is the relationship you have with the family important?
A. The ‘right fit’ of the care team is everything. It was really important that Jason and I understood each other and what we needed to achieve – and that we shared common ground. It’s not easy having a stranger coming and going in your home at odd hours – so I also had to be accepted and trusted by the rest of the family.

Q. What were some of your immediate concerns?
A. Jason was a young guy, and having a nurse assist him with something as intimate as bowel care was obviously a sensitive issue. He needed my care, but I also had to respect his dignity as an independent, private person. I talked to my Nurse Manager about it, and we discussed it with Jason. It really helped to be open and honest and to talk things through. 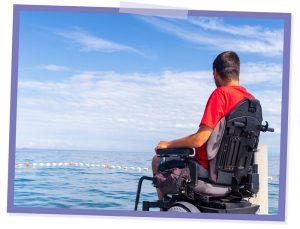 Q. What were some of the challenges?
A. The main challenge really was getting the house ready so Jason could come home – making sure that all the required renovations were finished and done to standard. This included everything from overhead joists to a hospital bed and adapted bathroom It was an extensive build-on – so there was a lot of detailed, careful planning involved.

Q. What for you was the highlight of Jason’s journey?
A. Definitely the day we finally brought him home – 2 years since his accident. Seeing all the hard work pay off! It was just so wonderful to get to this point and see that Jason could once more have a life and a future to look forward to. These are the rewards of being a Community Nurse.

Q. How did Jason cope throughout?

A. Jason was amazing and incredibly single-minded about his recovery. There were so many physical and emotional challenges – but he was determined to live an independent life as possible, achieve his goals and start doing at least some of the things he loved to do.

Q. In what ways did you help him when he struggled?
A. Of course, Jason had good and bad days. He went through a stage of not eating properly, not looking after himself – but with support he got through these times, and his friends were a big part of this. For me what was key was giving him as much independence as possible. He had his own separate entrance to his downstairs bedroom – so he could come and go as he pleased. It was also the little things – like knowing when to be quiet and when to talk. Early in the morning when I arrived to care for him, he wouldn’t necessarily feel like chatting – I had to be sensitive to this.

Q. What were some of Jason’s goals and how did you help?
A. Obviously getting home was the main one – but Jason also made it clear that he didn’t want to give up on his dreams. He was determined to get back to work and finish his exams. So, we focused on addressing his developmental needs and had many Multi-Disciplinary Team meetings with Jason’s Consultant, Physiotherapist and Occupational Therapist.
I’m so proud of Jason and the team: we managed to get him back to work within 4 weeks, starting with one day a month and building up from there. Jason also started some online courses and was really excited to go back to gym again. He had a great group of friends and began going back to watch sporting events with them.

Q. What do you think might have been a challenge from a staffing perspective?
A. Some of the nursing shifts were very short – arriving at the house, taking care of Jason and being out of the house so he could begin his day at nine o’clock. This can often be a challenge for a provider to accommodate such shifts, however fortunately Resilience can accommodate this – with some highly qualified community nurses who are flexible with work shifts.

Jason’s story is testament to his strength – and to Resilience’s personal and individual focus. Everyone’s story is different – but with the right care plan in place, all can achieve a life with potential. Find out more about the work we do here – https://resilience.ie/advanced-community-care/adult-services/

*The names of the individuals concerned have been changed to protect their privacy.

Back to all blog articles
Manage Cookie Consent
We use cookies to optimise our website and our service.
Manage options Manage services Manage vendors Read more about these purposes
View preferences
{title} {title} {title}